Mr. Jinnah and His Tailor 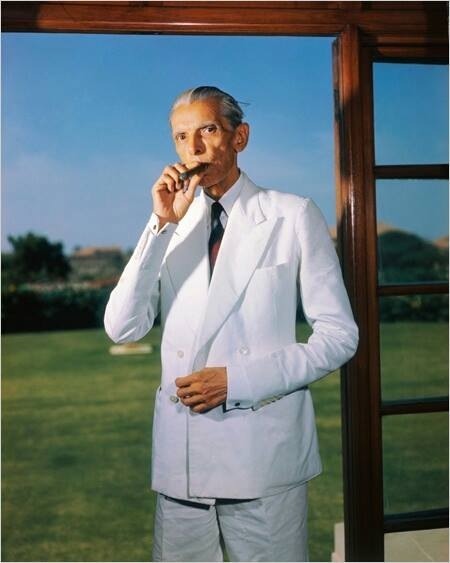 I was fortunate to obtain a photograph of a letter written by M.A. Jinnah to his tailor Hamid which I am enclosing. For years I procrastinated in obtaining a copy of this letter and I managed to do so shortly before Hamid’s grandson closed up shop and like so many others left for Canada. At that time I was living in Quetta and Lahore and began to use Hamid’s services in the 70s when his shop was located on Victoria Road opposite Zainab Market Karachi.
What is there to say? Here is the great Quaid-e-Azam writing to his tailor in his own hand asking him if he could see him at 2.30 pm and then goes on to say that if this time was inconvenient for him to please ring his secretary and fix another early appointment. He does not order his secretary to telephone Hamid and ask him to appear at a time desired by the Quaid or at once but requests him to come at 2.30 pm on the 11th of December 1947 and even more unusually he says ‘if you cannot come ring up my secretary and fix an early appointment’.
Nobody could have been busier than the Quaid-e-Azam less than four months after the creation of Pakistan. Yes the people called him the Quaid-e-Azam but in his mind Hamid tailor could also have other engagements and only the greatest of gentlemen would show such consideration. He did not send a message but sent a letter written in his own hand. From what I can make out from this letter is that as far as the Quaid was concerned there can be no doubt about his preoccupations but then he also had the fundamental decency to take into consideration Hamid’s obligations to his other clients.
He was not going to use his position to force himself ahead of others. The very least his detractors have called him is arrogant. Can you see any arrogance in this letter? This is why he was a great man – firm conscious of his own dignity as well as that of other Pakistanis.
Contrast this behavior to that of the socialist Dr. Mubashar Hassan, finance minister during Bhutto’s government. When Bhutto designed his Ruritanian uniform his cohorts rushed to have their uniforms made by Hamid. Hamid was overwhelmed and told Dr. Mubashar that he would have to wait for his uniform. Hamid told me that the next day the income tax people were going through his books.
All the best,
Minoo

Graduate of Dow Medical College Class of 1977.
View all posts by Amin H. Karim MD →
This entry was posted in Karachi History. Bookmark the permalink.

1 Response to Mr. Jinnah and His Tailor