LONDON, 11 October 1925 — The Armstrong Construction Company has obtained the Air Ministry’s order to build one of the world’s largest airship sheds in Karachi. It is to house the Empire service air liners.

Crowds witnessed the erection today of the first piece of steel of the structural work for the new airship hangar at Karachi.

The great airship shed which has been completed at Karachi by Sir W G Armstrong, Whitworth and Co., for the Empire Airship Services to India. Its dimensions, 850 ft in length, 180 ft in breadth, and 170 ft in height, place it among the world’s largest buildings. It will be used next autumn.

In the event of satisfactory home trials, the – R101, which is still in the hangar, will begin the flight to India before Christmas. The Air Minister, Lord Thomson, will be a passenger for the purpose of investigating the possibilities of the Anglo-Indian service. It is stated that preparations are already afoot at Karachi to moor the airship.

The giant British airship R101, the largest in the world, crashed against a hill in flames early Sunday morning, near Beauvais, France, after leaving Cardington at 7.30 p.m. on Saturday on her first long experimental flight to Karachi, India. Of the 54 passengers and crew aboard only eight of the crew were saved. The others were burned to death. 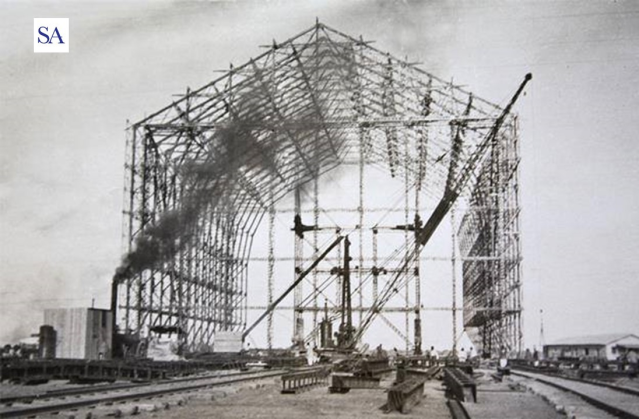 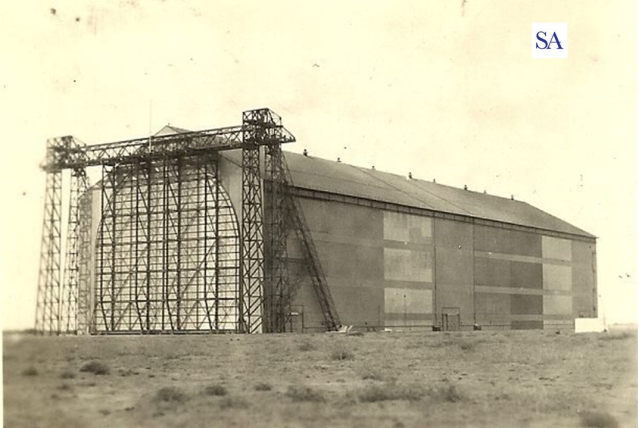 Graduate of Dow Medical College Class of 1977.
View all posts by Amin H. Karim MD →
This entry was posted in Historic Buildings of Old Karachi. Bookmark the permalink.