English Grammar and Composition by Wren and Martin.

A part of curriculum in India since 1935 that carried on following partition, High School English Grammar and Composition By Wren and Martin was included in our school books as well. Most will recall the book.

One of its authors, Major Percival Christopher Wren had many facets to his life. An Oxford graduate, he worked as a sailor, boxer, schoolmaster, college principal, journalist, explorer, hunter, adventurer, officer attached to an Indian infantry regiment, served in the French Foreign Legion, the English cavalry as an officer with the Indian defence force as assistant director of education, a novelist and author. P. C. Wren joined the Indian Education Service in 1903 and served as headmaster of NJV High School in Karachi, 1904-1906. Between 1903 and 1907 he also worked with the Educational Inspectorate for Sindh and at a teachers’ training college. P. C. Wren and H. Martin wrote this Grammar and Composition for the children of British officers in India. It was taught in Burma as well. Copyrights for the original edition were held by Maneckji Education Trust of Bombay. Wren’s son was born in Karachi. It was in that very city where he met his second wife. His son, Percival Rupert Christopher Wren, was born of his first wife Alice Lucille in Karachi on 18th February 1904. Alice died in Poona in 1914. He married Isabel in 1927 and adapted her son (from her first marriage) Alan Graham-Smith who became the sole administrator of his estate.

It was P. C. Wren who recorded the events linked to the curse of a Pir on the site later occupied by US Embassy/Consulate. In 1912, he documented the curse on a site on Abdullah Haroon Road and documented about ‘Sudden Death Lodge’ on that location. Incidentally years later that very same cursed and haunted area was chosen for the US embassy/consulate general. There is a legend attached to it. Well over a century ago, Sohrabji Rustomji built a beautiful residence on this very spot where once was the grave a Pir. A fakir who had sat for fifty years besides his Master’s (Pir’s) tomb asked Rustomji not to trespass upon that grave under a pipal tree. However, Rich Rustomji rejected the plea and was cursed. As a consequence four workmen died mysteriously during the course of its construction, so did members of the Rustomji family. Later Reid family occupied the residence and met the similar fate. That building was razed to ground in 1925 and laid vacant for over 30 years until the construction of the embassy that had to be altered from the original design and receded leaving the spot of the grave aside 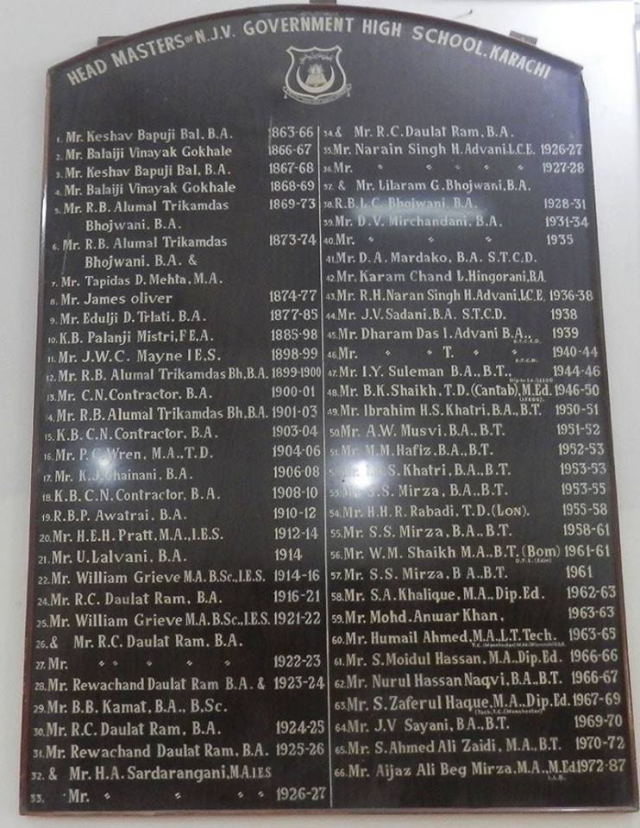 Graduate of Dow Medical College Class of 1977.
View all posts by Amin H. Karim MD →
This entry was posted in Educational Institutions of Karachi. Bookmark the permalink.

1 Response to English Grammar and Composition by Wren and Martin.