Closeup of the good old tram on its way to Cantt Station from Saddar. MTC= Mohammed Ali Tram Co. MTC earned extra money by ads on the tram. The tram was drivable from both sides. The driver simply took the gear from one side and installed it on the other side. The conductor walked on the foot board and sold tickets in each compartment for 10 paisa one way; while counting change he had mastered the knack of balancing himself without holding to anything while the tram swayed sideways on the rickety tracks. He would then jump to the next compartment and finally when all riders covered he would cling and chat with the driver while eyeing the ladies in the front compartment! And did I mention the cunning passenger who would slip from the front to the back along the foot board on the opposite side of the conductor to hitch a free ride. But then he may be someone who genuinely did not have money to pay. Legend has it that one such poor passenger many decades later after he had become a millionaire in the foreign country came back to Karachi and sought out the widow of the owner Mr. Mohammed Ali and returned the money with interest for having taken free rides when he was a student.

🙂 There was a lot of fun in exiting in the running tram provided there was no tram from the other side or a bus from the back! 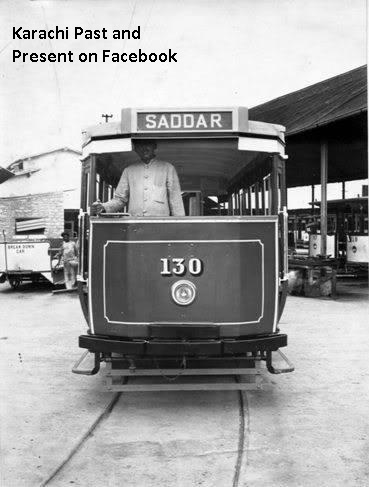 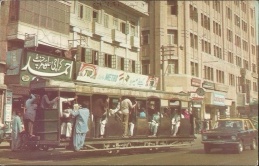 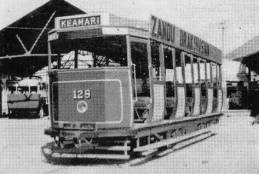 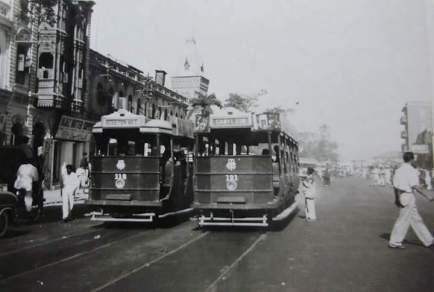 Graduate of Dow Medical College Class of 1977.
View all posts by Amin H. Karim MD →
This entry was posted in Transportation in Karachi. Bookmark the permalink.