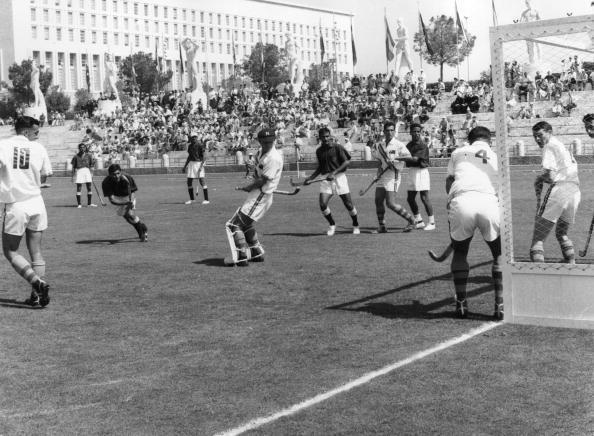 KARACHI: 25 June 2015 – It is heart-breaking for me to write the last rites of
Hockey in Pakistan. It died on a warm and sunny day in Antwerp, Belgium on July 3,
2015 as the Irish guile smiled and prevailed upon our team, and shocked us into
oblivion. We failed to qualify for the 2016 Olympics for the first time since
the 1948 Games.

The post-mortem is now being undertaken by our noisy TV channels as breaking news,
while ex-stalwarts are crying foul and pointing fingers at each other. In my opinion, not
even one of our past heroes who are in the forefront, are allegedly qualified and worthy
of any position in the PHF, be it administrator, selector, manager or coach. It is okay to
reward them with ceremonial positions such as mentors and organize ‘benefit matches’
to respect their contributions to Pakistan Hockey, period.

The trademark hockey these greats played is now history so there is no point in
appointing people like Akhtar Rasool, Shahnaz Sheikh, Islahuddin, Samiullah, Hanif
Khan, Qasim Zia etc as selectors, coaches or managers. They cannot give any tactical
input to the players. We now have a new brand of hockey altogether! Simply put, the
switchover is like the conversion of an android phone to a smart phone – you know how
to use it but don’t know how it works!!

Hockey in Pakistan and the game’s influence and stature in St. Patrick’s High School
(ironically, dedicated to the patron saint of Ireland) have a deep connect. Long before
Pakistan came into being, hockey was the mainstay of our (Christian
community) eminence in this part of India. Our hockey greats were household
names in all-India after the school team had beaten the Bhopal Wanderers in 1941
(comprising of many players from the gold-medal winning India team of the 1936 Berlin
Olympics) in that epic match played on the school ground in Karachi.
The all-time hockey greats of our community included, Peter Paul Fernandes (1936
Olympian), Lawrie Fernandes, Pat Mendes, Julius Tellis, Marceline D’Costa, Nazareth
Castellino, Jack Gonsalves, Milton D’Mello (1948 Olympian), Jack Britto (1952
Olympian), Melito Dias, Bernard Fernandes, and later Carmen D’Souza, Leslie Vaz,
Assisi D’Souza, Lenny Fernandes, Everest D’Souza, Terrence Andrade, Victor D’Lima
and several others.

When Pakistan was invited by the FIH (International Hockey Federation) to participate
in its first post-war Olympic Games in London 1948, the administrative structure of
hockey here was in shambles. It is believed that Jinnah requested O.B. Nazareth of St.
Pat’s to pen the Constitution of the Pakistan Hockey Federation, and assist in the
selection of the Pakistan team. OB thus became Pakistan’s first Co-Manager of the team
that participated in the 1948 Games and which also included the dashing St. Pat’s school
boy Milton D’Mello. The captain of the team was A.I.S. Dara and we finished fourth.
The school continued to produce brilliant hockey players and in the following Olympic
Games of 1952 in Helsinki, Finland, it was the great Jack Britto who donned the colors
for Pakistan. Hockey grew in prominence with players mostly from the Punjab and
Sindh making it to the national team. Both Pakistan and India were at their peak in the
1950s, 1960s, 1970s and 1980s with the Asian style of hockey (dodging, dribbling, small
passes, flicks and lightening left &amp; right wing combinations) dominating the
competitions.

We continued to dominate hockey until the early 1990s when gradually the European
and Oceania administrators of the game cleverly changed almost every feature of the
game. Firstly in the mid 1970s they changed the surface, from real grass to synthetic
surface, known as Astro Turf, which for one, required players to be physically strong
with endurance as the basis of their play. Polygrass is now the official artificial playing
surface.

While Pakistan and India continued to play the 5-3-2 formation (center-forward,
left-in, right-in, left-out, right-out; center-half, left-half, right-half, left-
back, right-back) with their well-known skills and artistry, the Europeans introducedsoccer-style ‘keep-the-ball’ tactics without having to maintain their positions. They mesmerized the Asian players who didn’t know what was happening on the field! They tried desperately but the European teams beat us due to the superior fitness levels of their players. Hockey was now beginning to fly over the heads of our administrators,
managers, coaches and players. It had become a speedy mind-game and less of artistic
skill-play. Pakistan and India were tricked into becoming mediocre teams.

By the middle of 1990s, both Pakistan and India continued to slide down the ranking
and fell from their lofty 1st and 2nd positions to a pathetic 10th and 9th positions in
world hockey today. Reality had dawned upon us in the 1990s but we chose to confine
ourselves to traditional tactics which by now had become redundant – the Europeans
even changed the color of the artificial turf from green to blue!!
The reason for Pakistan’s hockey downfall is crystal clear – we continued to
politicize the Pakistan Hockey Federation (PHF) with inept, pot-belly former players
(mostly allegedly without any formal education) into administrative and managerial
roles. We patronized family, friends and cronies into the teams, and failed to induct
professional hockey management modules to match world standards.
The result is right before us; hockey is dead in Pakistan and also in St. Pat’s. RIP

{Menin Rodrigues was a former sports writer for Morning News from 1978-1982, during which he covered two inaugural Champions Trophy World Hockey Championships (won by Pakistan) and the Hockey World Cup 1982 in Bombay (won by Pakistan).}

Graduate of Dow Medical College Class of 1977.
View all posts by Amin H. Karim MD →
This entry was posted in Karachi Sports. Bookmark the permalink.