An Ode to the Anglos of Pakistan! 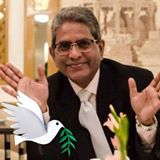 Though they ought to be called ‘Anglo-Pakistanis’ post 1947 but we got stuck
referring to these wonderful people as Anglo-Indians or rather, Anglos!
Nevertheless, their considerable role in the making of Pakistan and leading some
of the country’s fundamental departments of good governance, such as the armed
forces, intelligence, railways, telegraphs, police, civil aviation etc has been
phenomenal.
A lot of information is available about ‘Anglo-Indian’ folks of India and a great
deal of research has been undertaken to preserve their contributions to pre-
partition India. However, very little or none, has been recorded in Pakistan. I
recently came in contact with a Rawalpindi-born Dorothy McMenamin who now
lives in Christchurch, New Zealand; she has done extensive research on ‘Anglo-
Indians’ of Pakistan which has been published and archived.
She is one of the reasons why I am doing this basic piece because it would have
been unfair and indeed, unfortunate if the ‘Anglos’ of Pakistan were not
remembered for their contributions to Pakistan. Upon further research and
receiving additional information from people at home, abroad and in cyber-
space, I shall conclude a detailed document at a later date for public consumption
and the archives.
The Anglos of Pakistan “Hall of Fame” (In alphabetical order):
This list has been compiled with input from people who knew of them as parents,
siblings, relatives, neighbors, friends etc. If anyone has been missed out, please
write to me at menin100@gmail.com so that their names (with designations) are
included.
Alvin Robert Cornelius, Chief Justice of Pakistan/ Law Minister; Bill Harney,
Air Force; Clyde Rose, Athlete (Boxer); Dudley Brooks, Police (Superintendent,
Quetta); Duncan Sharpe, Test Cricketer; Elsie Hunt, Pakistan Badminton
Player; Eric Hall, Air Force (Air Marshal, Vice Chief of Air Staff, DG Civil
Aviation); Fred Innis, Police (Inspector-General, Balochistan); George James,

Graduate of Dow Medical College Class of 1977.
View all posts by Amin H. Karim MD →
This entry was posted in Contributions by Christians. Bookmark the permalink.

2 Responses to An Ode to the Anglos of Pakistan!